Katie O'Shea
Tim Winxless is a minor character in Carrie (1976) and the boyfriend of Katie O'Shea.

He is first seen dancing with Katie at the Prom. He then reappears when Carrie and Tommy win Prom King and Queen, clapping and cheering for them along with Katie. When the prank is pulled, he bursts into laughter with everyone else. During the disaster, he ditched Katie and tried to save himself. He is last seen running away from the flames.

He presumably burned to death at the prom. 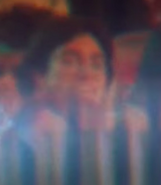