Norma Watson is the tertiary antagonist of the 1976 film. She is portrayed by P.J. Soles.

Norma appears in a flashback in The Rage: Carrie 2, although the only part of her that is visible is her arm.

The novel version of Norma was practically just a background character, this version of the character was almost as cunning, clever and conniving as Chris Hargensen, and was more of a major player in the story. For starters, she hung around Chris for nearly the entire duration of the film. She also was the one who hit Carrie in the head with her baseball cap in the film's opening scene and she was near Chris when Carrie began panicking over her late first period. Soon after, Norma was trading spitballs with her a fellow classmates during a reading from Mr Fromm This version of Norma was fleshed out as being Chris's closest, right-hand girl. Norma hung around Chris for most of the film and played a key role in the plot against Carrie at the Prom. At first, Chris was reluctant to tell Norma anything about what she was up to, but eventually cracked and told her her role in the prank. At Prom, Norma collected the ballots for Prom King and Queen. After she collects the ballots she replaces them with fake ones, so that Tommy and Carrie are elected King and Queen and gives them to the committee for evaluation, giving Chris the okay signal from under the stage. After the pig blood was "mysteriously" dumped on Carrie's head, Norma was shocked at first but was the first to laugh at the terrible sight, along with her friend, (Kenny Garson). She then nudged George Dawson judging him to laugh as well but he became angry at her for laughing While Frieda Jason looked at her in shock. This and the fact that the vast majority of the prom-goers also laughed later, caused Carrie to hallucinate and believe everyone else without exception were laughing. Norma, Freddy and Kenny then make their way through the laughing crowd, heading for the exit. However, Carrie now has other plans and slams Freddy and Kenny in between two gym doors. Norma screams, as all the lights in the gymnasium turned a deadly red color and the fire hose turns on, spraying anyone that crossed its path. Norma screams in horror with the rest of the students until Carrie finally gets her revenge and kills Norma by spraying her into a table with the fire hose. This likely lost her consciousness, if not killed her. If she wasn't dead before, She was killed near the stage so she was one of the first to be burned alive.

Norma is considered obnoxious, self-centered, arrogant, greedy, and a total non-sympathetic person. She even bullies other students besides Carrie. She does, however, show passive gestures towards adults. It is evident that she talks about Chris Hargensen behind her back.

Norma always wears a red hat, and also, while most students wear shorts with a black stripe during PE, she has a red stripe. She usually has pigtails, minus the prom scene. She acts like a tomboy and wears overalls in her non-gym attire. Before her death, she wore a dress. 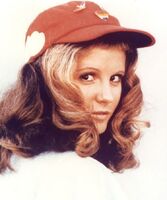 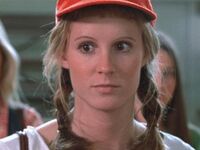 Norma with her best friend Chris 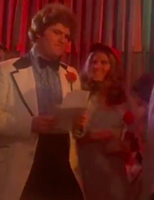 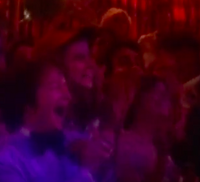 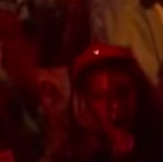 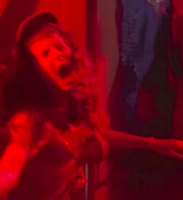 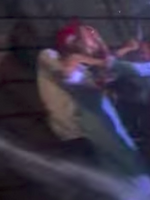 Norma in behind the scenes 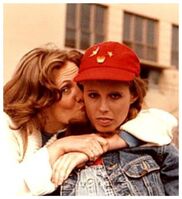 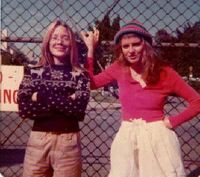 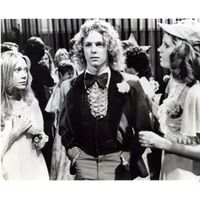 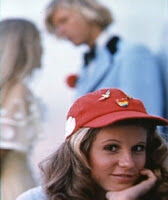 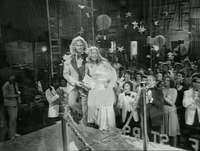 Retrieved from "https://carriemovies.fandom.com/wiki/Norma_Watson_(1976)?oldid=32418"
Community content is available under CC-BY-SA unless otherwise noted.