Dale Norbert is a minor character in the novel. He was a student at Ewen High School.

He died at The Black Prom when Carrie left the gym and used her telekinetic powers to shut down the doors, causing his fingers to be cut off.

Dale Norbert is an extremely minor character in the 1976 film.

He is nominated Prom King and Queen along with Mary Lila Grace, but loses to Carrie White and Tommy Ross. This is actually the result of Norma Watson under the control of Chris Hargensen.

He is last seen running with Mary Lila Grace trying to escape the flames.

Dale's name on the Prom King and Queen ballot 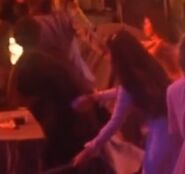 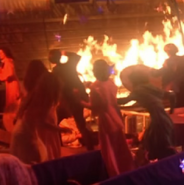 Dale Norbert in Carrie CBS 1978
Add a photo to this gallery
Retrieved from "https://carriemovies.fandom.com/wiki/Dale_Norbert?oldid=28820"
Community content is available under CC-BY-SA unless otherwise noted.