Billy Nolan was the secondary antagonist in Carrie (1976) and was played by John Travolta.

He is the boyfriend of Chris Hargensen. He is prepared to do everything for her and she uses it to her advantage to convince him to do an evil prank on Carrie. He obliges and goes for that with Chris and his friends to a farm and slaughters a pig, whose blood was then used for the corresponding, evil prank against Carrie. He then puts the blood on a bucket and places it over the place, where the Prom Queen is elected the night before, knowing that Carrie would be elected through a manipulated election, that Chris would arrange.

At the Prom they both are hidden. Billy has second thoughts about doing this, but relents to Chris´s insistence. After having arranged the election of Carrie and Tommy.Chris later lets the bucket fall as planned on Carrie after having manipulated the elections through Norma and their common friends and manages to throw the pig blood on Carrie with success knocking out Tommy on the way, maybe even killing him. After that they both go away happily and later observe the results of their prank from the outside with the purpose of enjoying it even more and have to witness, how Carrie kills everyone inside the Prom, including their friends and Miss Collins It makes Billy drunk because of that. Feeling that they have failed with their plan Billy and especially Chris vow revenge for what has happened and try to run over Carrie, when they meet her on her way home in the hopes of finishing what they had started. Chris drives the car during this event because of the drunkenness of Billy. Carrie, however, senses their presence and destroys their car with them inside, undoubtedly killing them both. 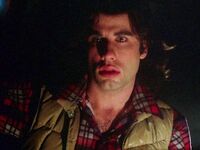 Billy's last moments before his death 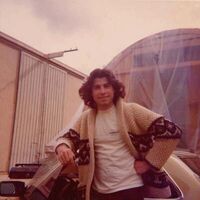 Add a photo to this gallery
Retrieved from "https://carriemovies.fandom.com/wiki/Billy_Nolan_(1976)?oldid=31371"
Community content is available under CC-BY-SA unless otherwise noted.